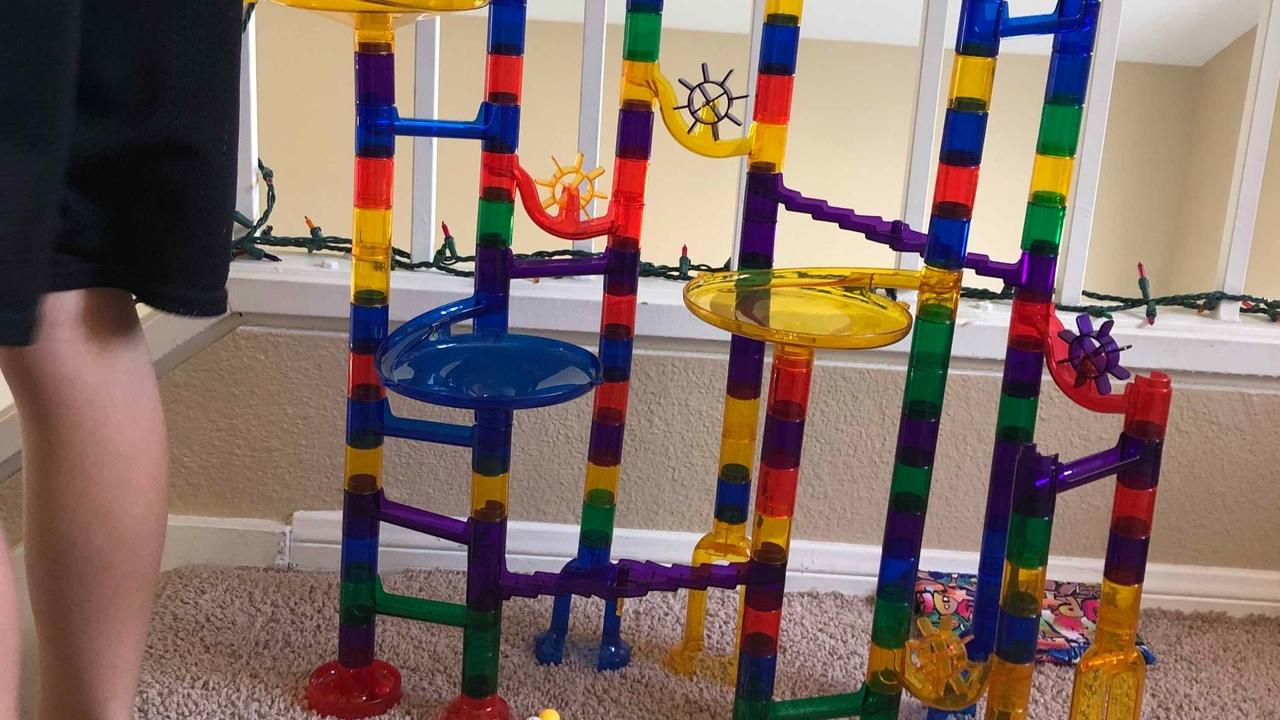 Everywhere around the world, quarantine-weary children are sick and tired of their toys. And just in time for summer!

Actually, we lucked out because Tosh had his birthday early on in the lockdown, back when a party with friends was out of the question but Amazon was still delivering nonessentials on time.

Not only did Tosh get new toys right when he needed them most, he was spoiled rotten by relatives, who bought him a ridiculous amount of awesome stuff.

I don't see a lot of gift ideas for middle-sized kids with autism, so if your kid is ready for something new, here are the toys Tosh has enjoyed enough to keep his attention consistently over the past two months. 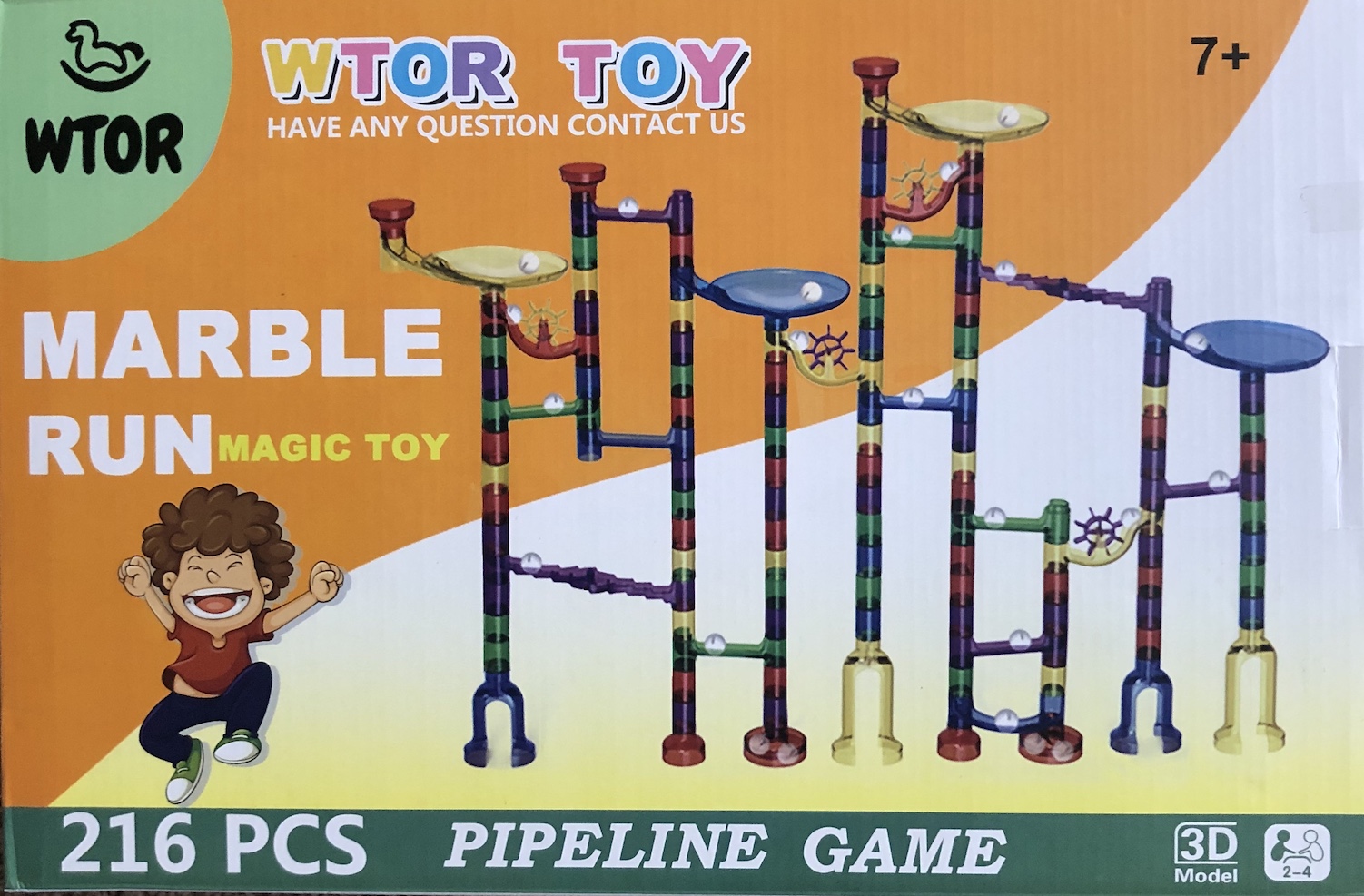 This is a nice plastic tube marble run, something easy for Tosh to build and dismantle. They had a similar one at ABA and he loved playing with it. It's pretty easy to figure out, especially if your ASD kid is a whiz at puzzles and how things work.

It also has this nifty sheet included that provides detailed picture instructions on how to build four different runs. 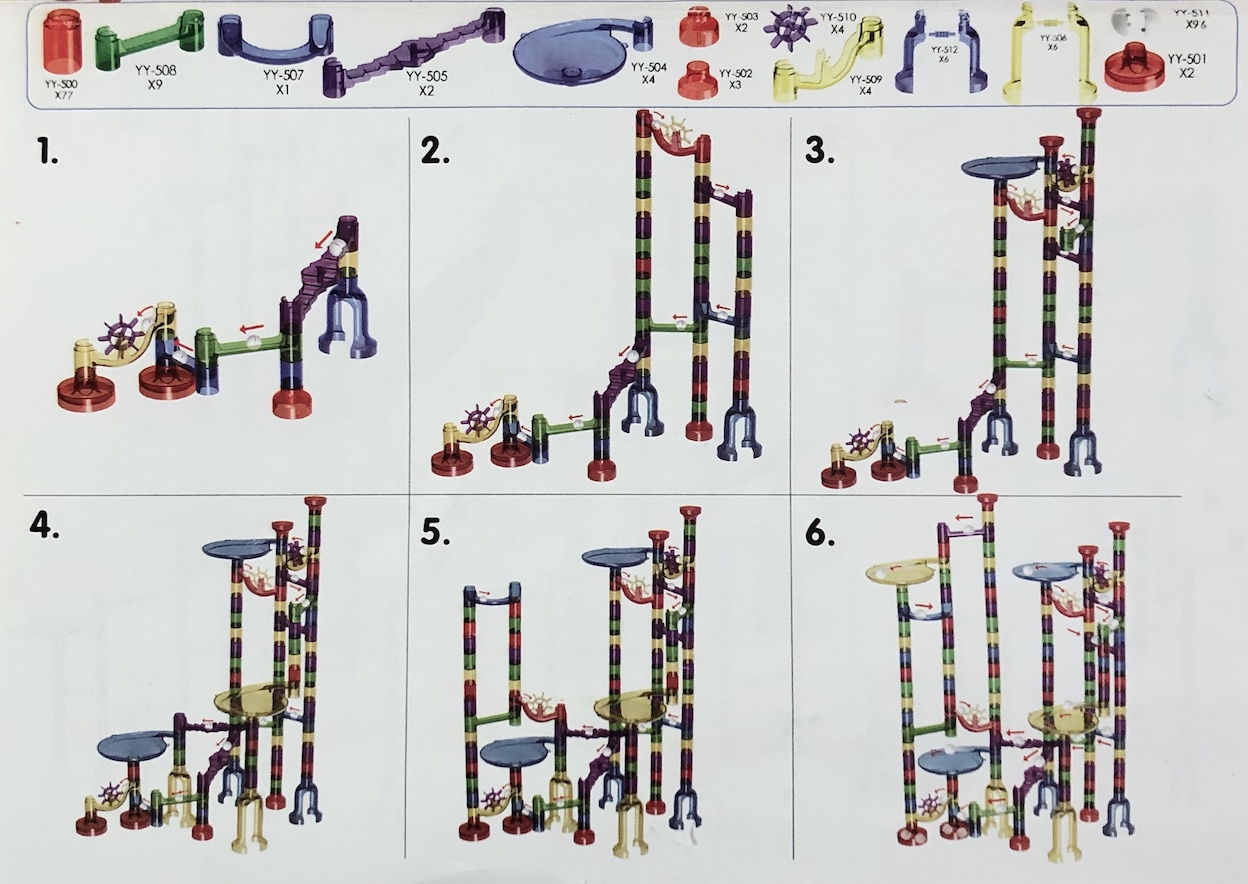 It's also visually stimulating AF. Even I get tracers watching the bright balls roll through the dark tubes. 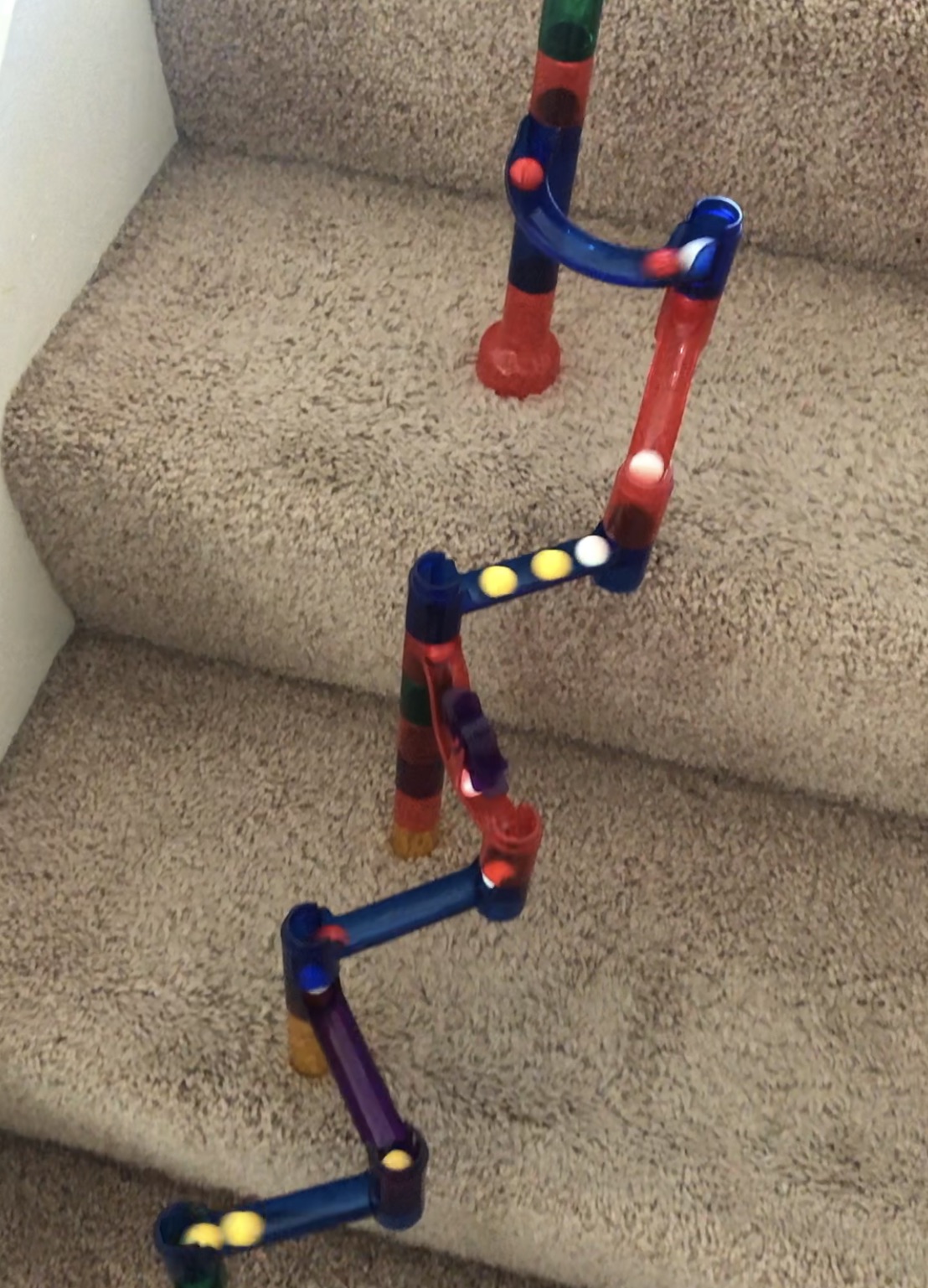 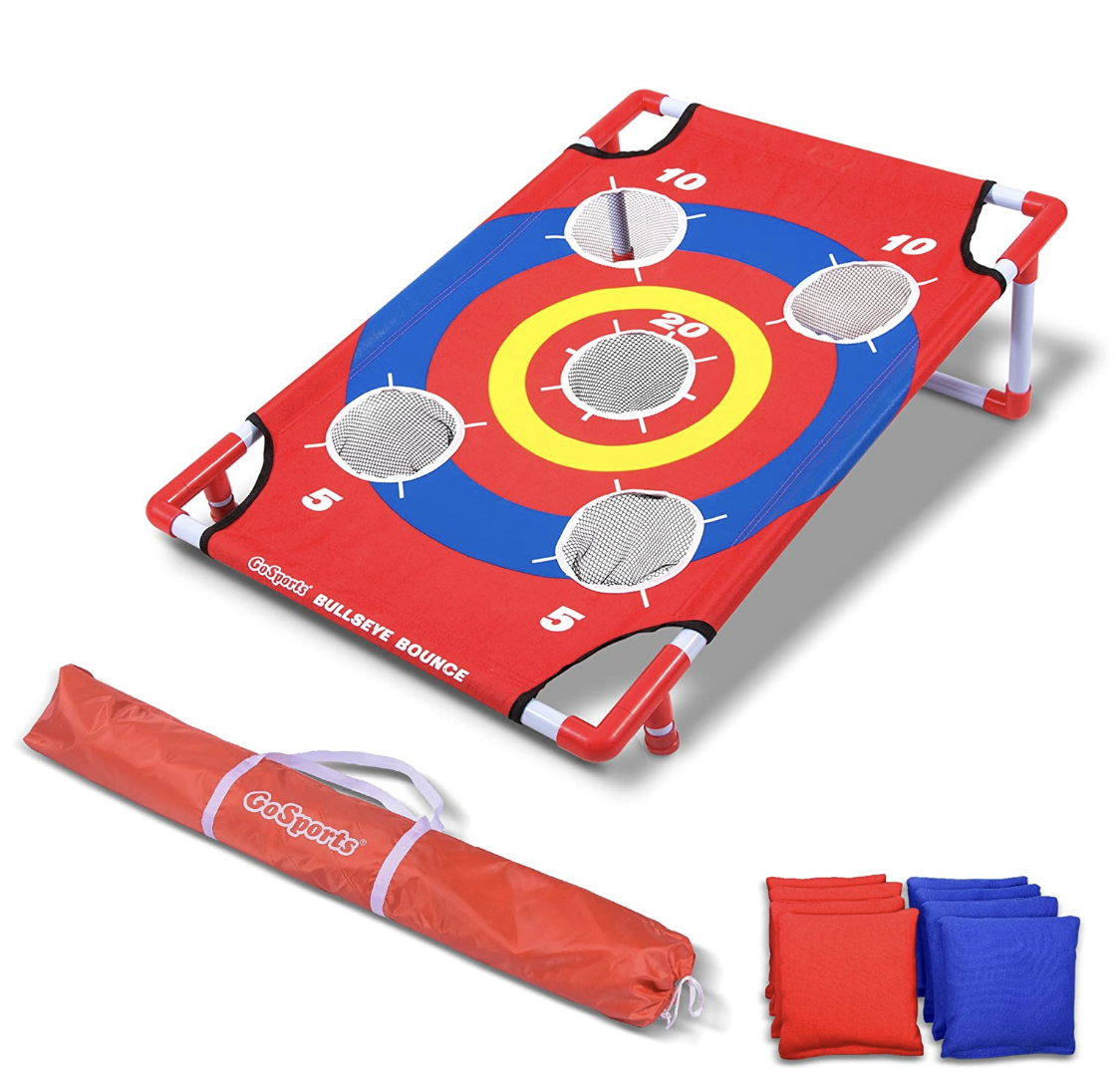 When we're not constructing marble runs, we're playing cornhole. This past week, Tosh has dragged it all over the house to ask me to play, especially right before bed and first thing when he wakes up.

It works as an inside or an outside toy! 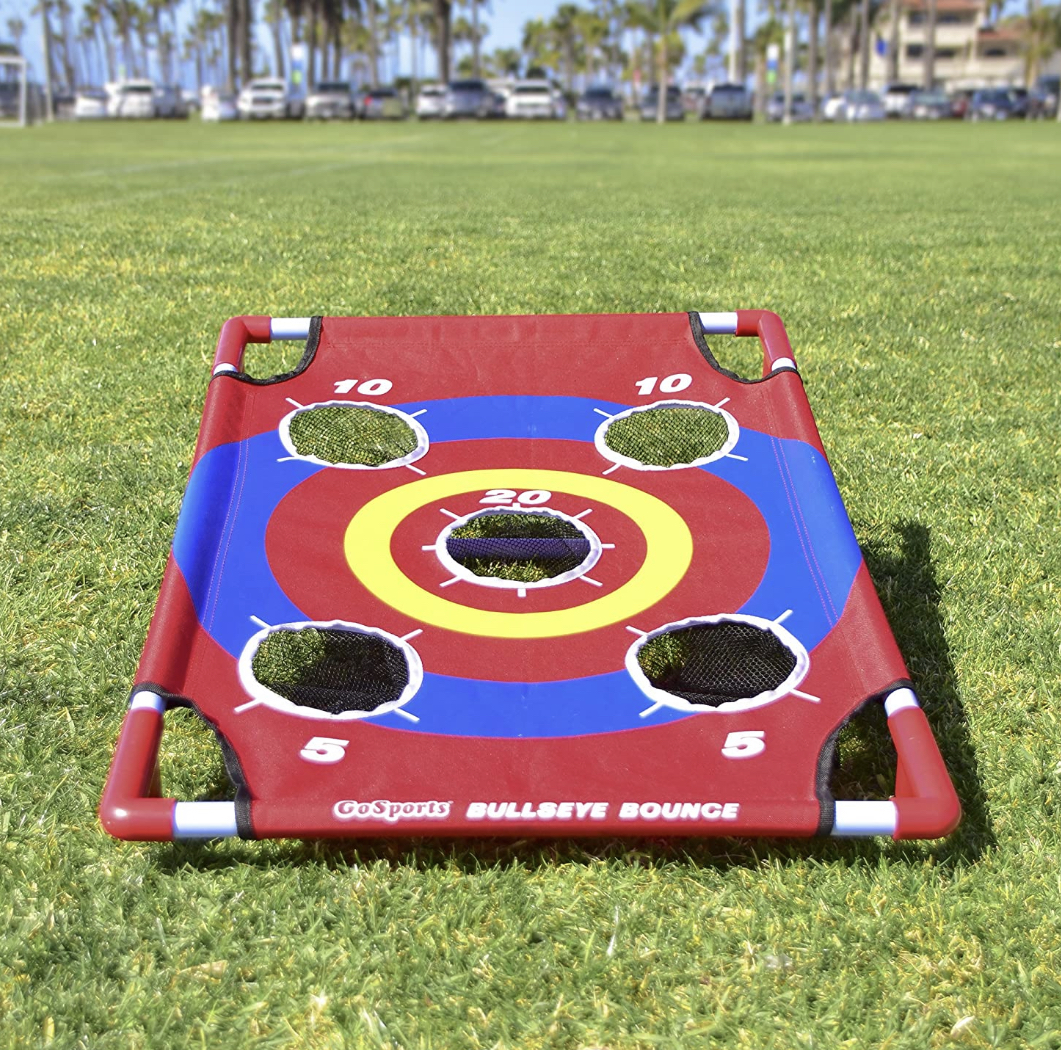 The bean bags are easy to hold and throw, and the frame and canvas top are both super sturdy. Tosh was able to hit the bullseye right away while standing close to the target, which built his confidence. Now, he competes against adults and wins.

Oh, and best of all, I've taken a few of those bean bags to the face without injury, so that's a plus. =)

Here's a link to buy it on Amazon. 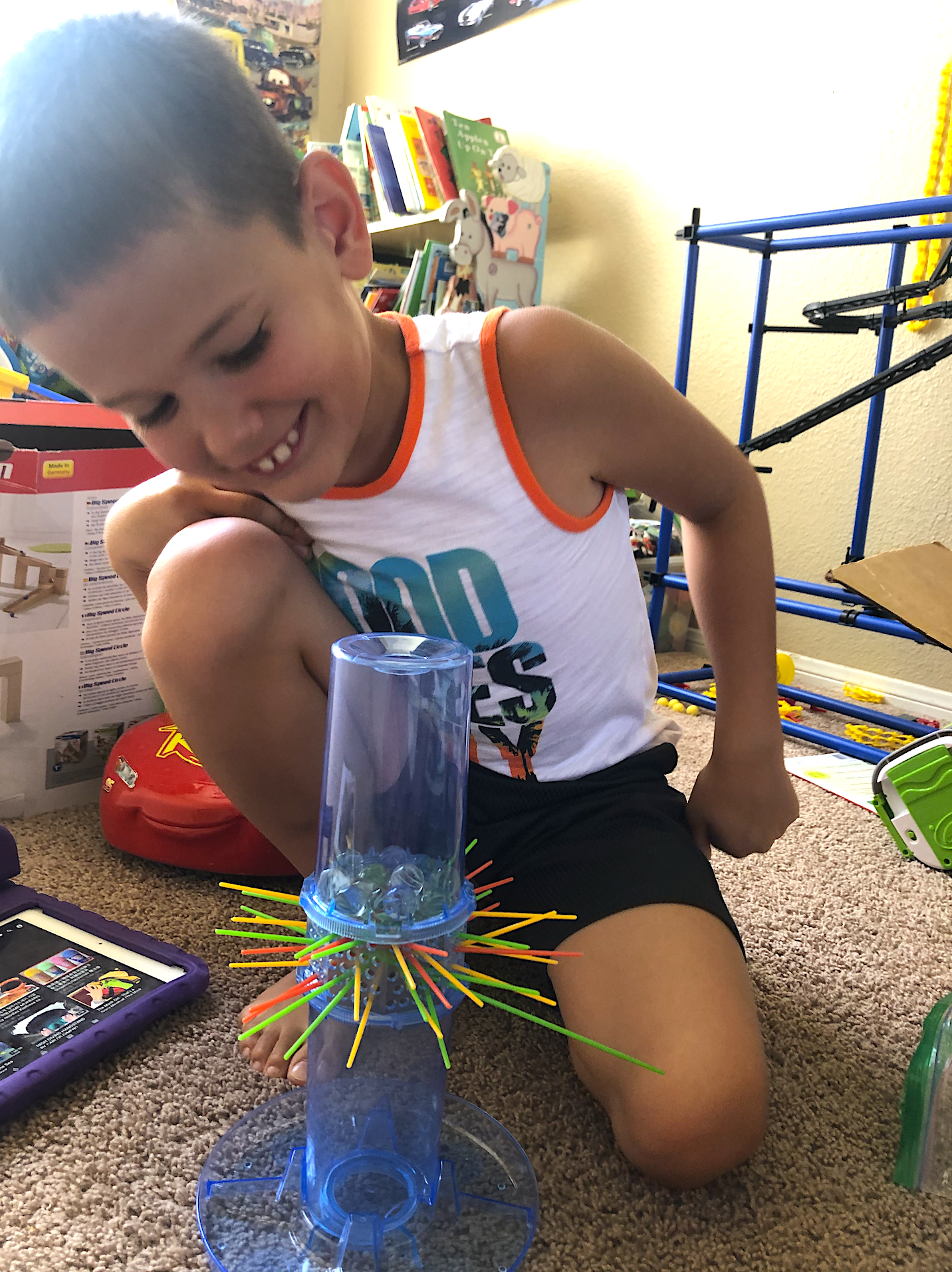 When we're not playing marble run or cornhole, we're playing Kerplunk. In fact, as I'm writing this, I can hear Tosh in the next room, dumping it out of the box and all over the floor.

To play, insert the plastic sticks into the cylinder, then dump in the marbles. Remove the sticks one by one as the marbles fall. The person who gets the least amount of marbles wins. 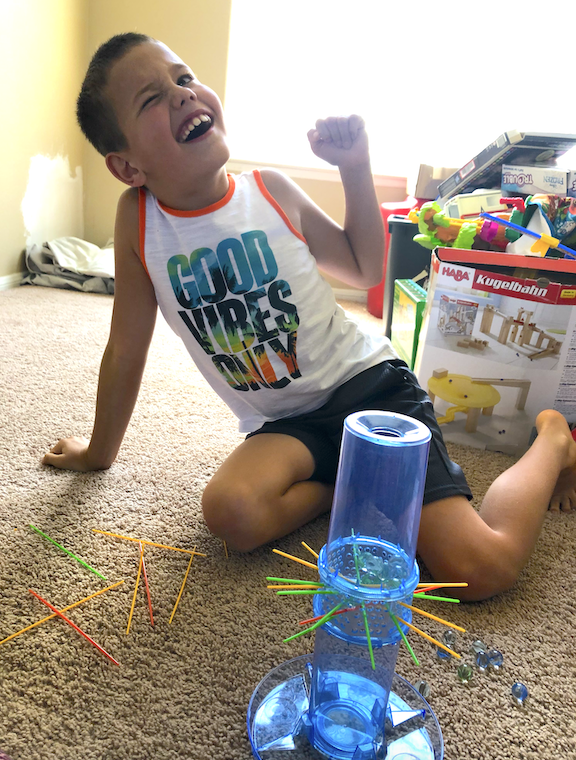 Tosh has a weird sense for (seemingly) randomly grabbing exactly the right stick and yanking it cleanly out without so much as displacing a single marble molecule. He's like a magician doing that trick of yanking the tablecloth off the table without disturbing the dishes.

Yes, of course we've lost half of the sticks and marbles already. But it's paid for itself in hours of pandemic playtime, so it's been a win.

I picked up ours at Target, but here's a link to buy it on Amazon. It was cheaper at Target though, and I bet they have it at Walmart for even less. 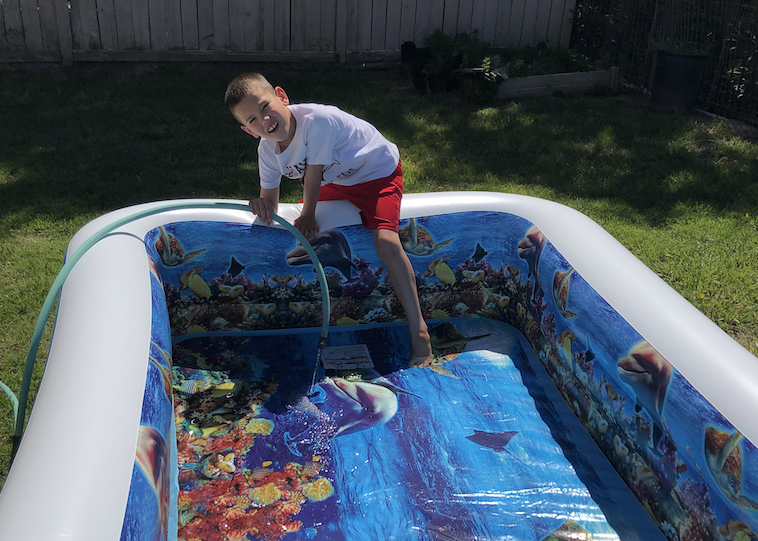 This is a no-brainer as far as toys go, more like a heads up: Sam's Club has the best inflatable pools in my experience. As much time as Tosh has spent in this one so far, it's worth the price of an annual membership.

I hope these toy ideas work for your kids and if you have any additional suggestions, please let them in the comments!