Tosh got lost on vacation 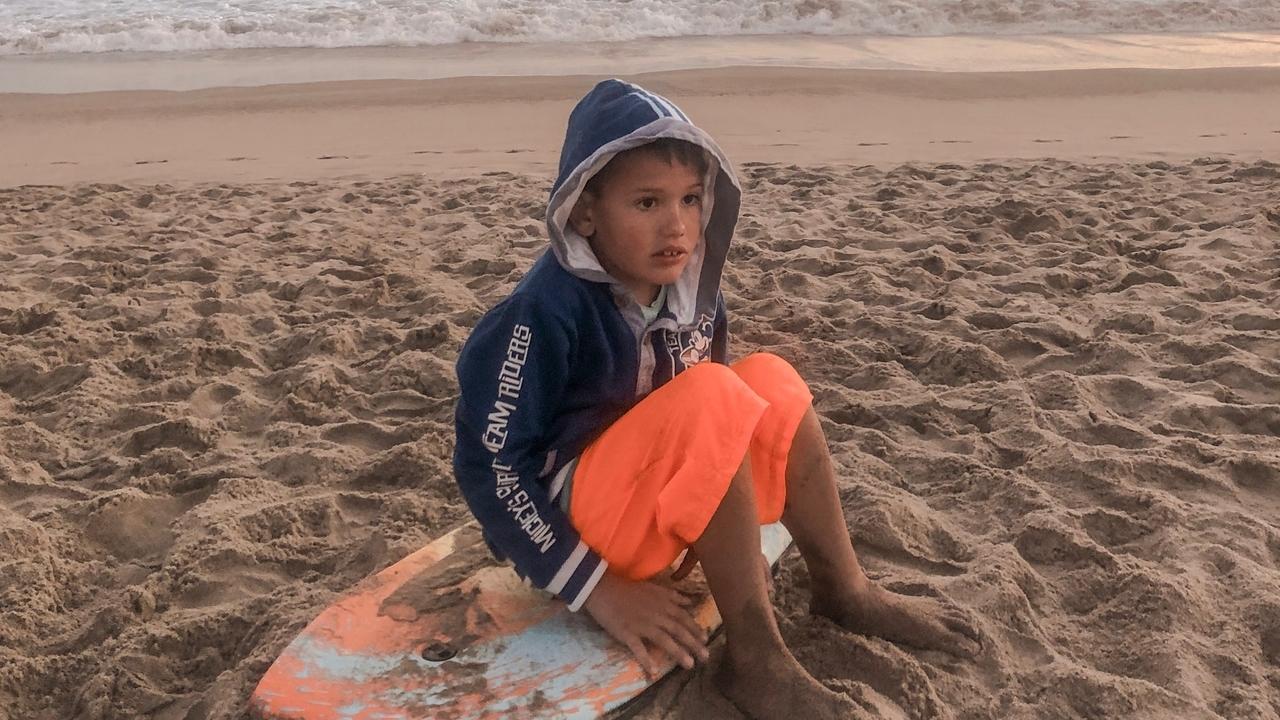 As the mom of a severely autistic, nonverbal kid, I worry about a lot of things.

Eloping isn’t one of them. Tosh isn’t a runner, and for that I am very thankful.

He's also very good at staying next to me and following directions. He always stops at the curb and looks to me before entering a street. He always puts one hand on the shopping cart without being reminded when we're in a busy supermarket parking lot. He never goes far without making sure I'm within his eyesight.

And because of that, we can do things other autism families can't, like go on vacation without constantly worrying about his safety.

We were on a mini-vacation by the beach and were checking out of our hotel. This year, he's become super helpful and is starting to carry his own weight. For example, he carries groceries into the house without being asked. He rinses off his plate and puts it into the sink after every meal without being asked. He picks up his own toys (sometimes).

And he can handle his own suitcase.

I got to the car and prepared to open the the back hatch to put in our suitcases. I turned to Tosh to take his bag.

He wasn’t there. Just five seconds ago, he was right next to me. But now he was gone.

I looked back to the elevator. The doors had already shut and I could hear the motor taking it back upstairs.

I kept my cool and left my suitcase by the car and dashed up the stairs to the main floor. Except at the top of the stairs, the door didn’t open up into the lobby. It was an exit to the street and I couldn’t see where the lobby doors were from the outside.

So I ran back down the stairs and pressed the elevator call button. Within seconds, the doors opened.

Tosh’s suitcase was still in the elevator.

I jumped into the elevator and pushed the first floor button. The doors had barely closed when I heard him.

I found him in the lobby, screaming bloody murder as two housekeepers tried to calm him. As soon as he saw me, he came running. I gave him a big hug, assured the hotel staff he was okay, and we headed back toward the elevator.

By the time we got back to the car, he was okay.

Now, this experience isn't going to result in me placing him on lockdown. I'm not going to change the way I treat him, other than make sure he gets off elevators first in the future.

I'm not going to beat myself up for what happened, either. This is the first time he's become separated from me and he's eight years old. Most parents can't say that.

I know I'm a good parent.

But I do need do a better job of teaching him what to do if he gets lost. Sure, he knows how to find his name and my phone number on his iPad, but we’ve only practiced that in a relaxed setting, like at home, speech therapy or when he is practicing socializing with new friends. I don’t know if he would be calm enough to use his iPad to communicate with someone if he was actually lost.

And besides, he wasn't carrying his iPad with him when he got lost because he had his hands full. I realized how many times that weekend he didn’t have his iPad. Like when we were at the beach. Or when it ran out of batteries so we left it in the hotel to charge while we went out for dinner.

If he had become separated from me in those environments, instead of the relatively safe confines of our boutique hotel, where he knew his way around, things could have turned out much worse.

We need a better plan. Here’s what I’m going to do.

First, I’m going to schedule a meeting with his ABA supervising therapist to modify his personal information lesson to focus more on what to do when he gets lost, rather than just practicing how to use his AAC device to tell someone his name and my phone number. He needs to learn how to calm himself and approach an adult for help if he gets separated from me or his therapist.

Next, I’m going to make a laminated card I can tuck between the tongue and laces in his shoe, or maybe under the insole, that explains that he’s lost, he’s autistic and nonverbal, and instructs the adult to call me. I will show Tosh this card and explain that if he’s lost and doesn’t have his iPad, he should get the card out of his shoe and give it to a grown up who can help him. I’ll also have his ABA team include this card in his lesson.

Finally, I need to work with his ABA team to develop a lesson about who to approach for help. My instinct is to teach him to approach another mom or a grandma, but I’ll ask for some expertise on that one.

I know I’m late to the lost party, but hopefully this story and my plan can help other parents.

If you’ve experienced this before, please share your advice on how to prepared your child in the event they get lost in the comments.