Those stares aren’t always what you think 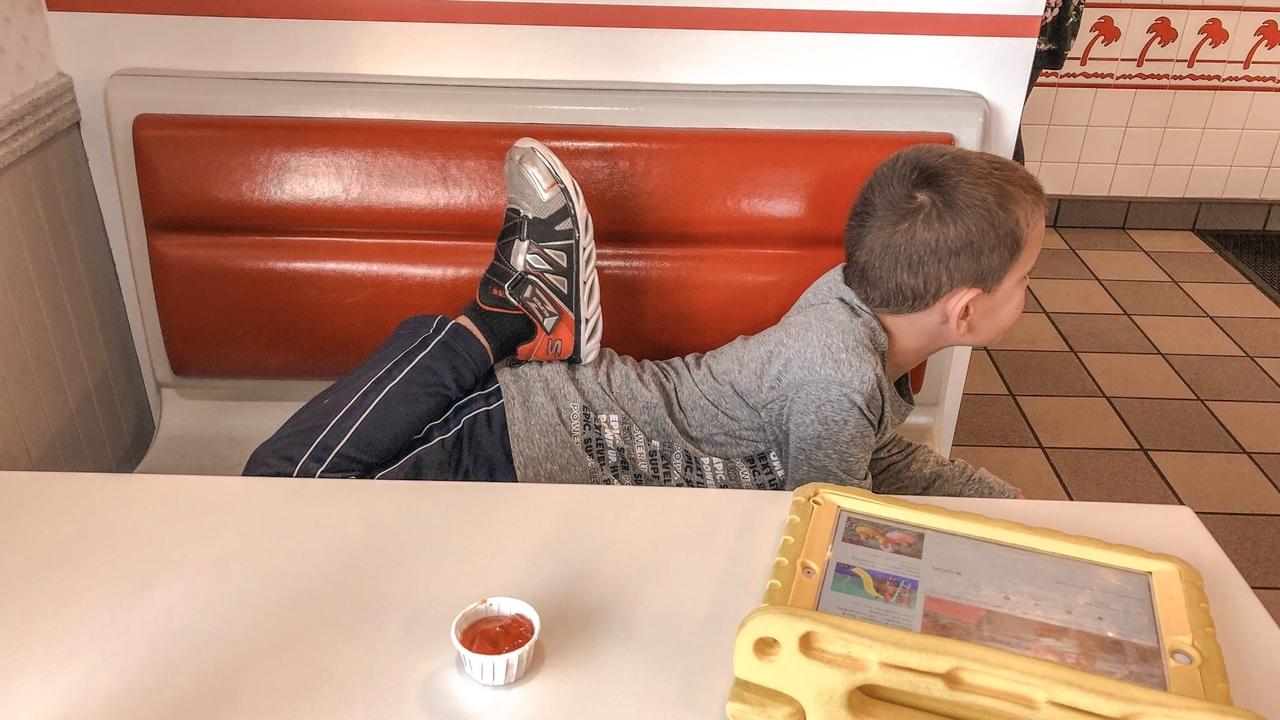 My son and I were eating breakfast out when I noticed the older couple in the next booth giving us the side eye.

My son behaves well in restaurants for a kid with severe, nonverbal autism. He doesn’t scream or disrobe or run out of the booth like he used to.

But he does make autism noises. If you’re the parent of a nonverbal child, you know “the song of our people.”

It means he’s not as quiet as a neurotypical child, but he’s not loud enough to ruin a reasonable person’s meal, either.

Okay, yes, he does sometimes lay down in the booth at some point during the meal. And yes, he always has his iPad on. I mean, he uses it to communicate so of course he does.

But unless you know the full spectrum of autism behaviors, you wouldn’t know he’s very well behaved compared to his peers.

You wouldn’t know that if you were, say, the older couple in the next booth. You would probably assume he’s poorly behaved for an 8-year-old.

And you’d probably assume he’s spoiled for using an iPad at the table. Because by God, back when your kids were young, parents didn’t have all these electronics that have taken the place of good parenting.

That’s exactly what I assumed this older couple thought of my son. And I assumed they thought I was a bad parent for allowing such behavior.

Because don’t they all?

I braced myself for the inevitable: the eye rolls, the loud sighs, asking the waitress to reseat them, maybe even a verbal admonishment on their way out the door.

After all, those things had happened to us before.

Thankfully, the older couple had already finished their meal and soon got up to pay the bill.

As they finished paying, I breathed a sigh of relief, knowing they were heading for the door. We were almost home free.

But they didn’t head for the door. They were headed for our booth.

I braced myself. As they approached, I frantically did everything I could to look like a "normal" family.

When they reached our booth, I looked up and put on my best, “I’m so sorry he disturbed you” apologetic face.

Something wasn’t right, though.

”Excuse me,” the wife said. “I hope I don’t offend you by asking, but does your son have autism?”

”No, not at all,” she replied. “In fact, I think he did very well. Our grandson has autism. He's a few years younger than your son. I didn’t mean to eavesdrop, but does he use that iPad to communicate?”

And just like that, we had made some new friends. Tosh charmed them with his ability to tell his name and say thank you using Proloquo2Go and we gave them hope for their grandson.

These stories are the kind that restore faith in the hearts of autism parents. It reminds us that there are still decent people out there.

It’s too bad this older couple was the exception, not the rule.

If this couple hadn’t approached me, I never would have known their story. I would have let my assumption weigh heavily upon my heart because I would have assumed the worst.

The thing is, this isn’t even the first time this happened. There have been other grandparents, parents, aunts and uncles, ABA therapists and special education teachers who have all stared at Tosh, only to later approach us and give their support and encouragement. I’ve probably incorrectly assumed the worst 20 or 30 times.

And those are just the people who were bold enough to say approach us and say something.

How many times do we make life as an autism parent harder than it really is? Are we staying home, turning down invitations and missing out on the fun in life because we assume the worst about people?

Yes, of course there are jerks out there who stare because they’re judging us. Some will even make rude remarks.

But maybe these folks aren’t the majority. Maybe autism acceptance is better than we think.

Maybe the world isn’t such a bad place after all.