How Tosh spent 11 hours at Disney with no meltdowns 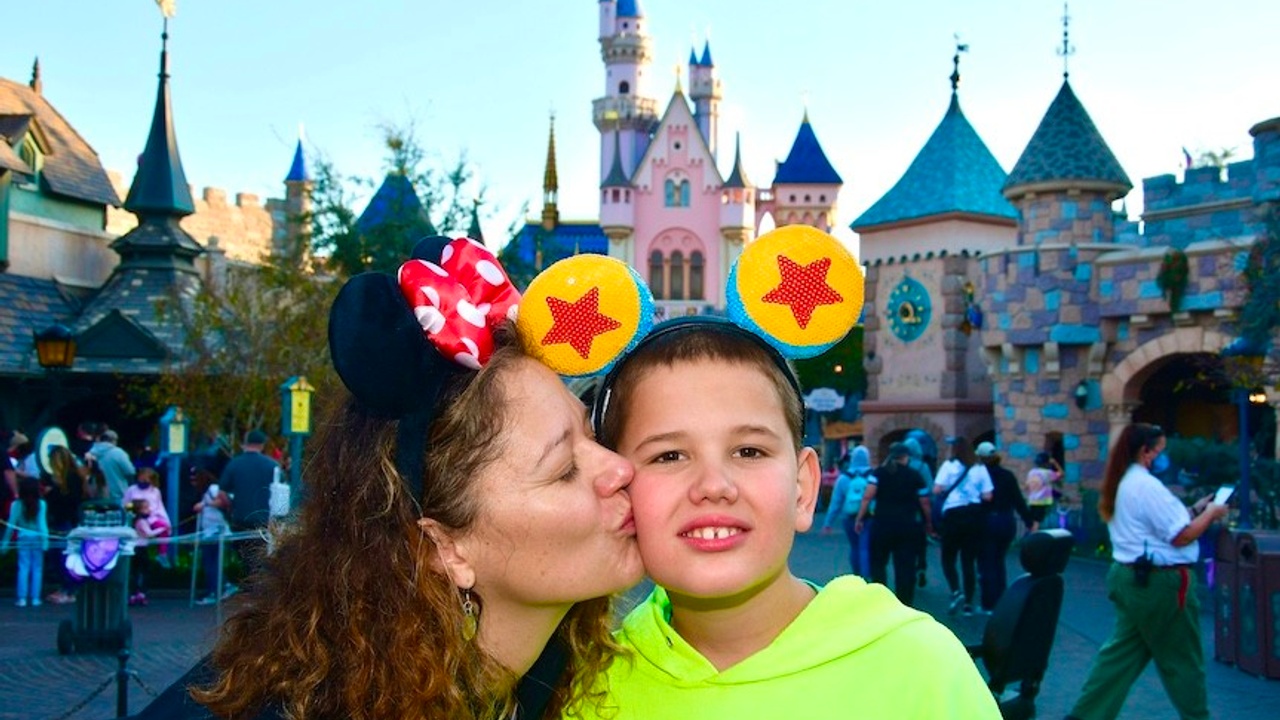 Yesterday I took Tosh to Disneyland for his Christmas present. He's always been relatively well behaved in public, but yesterday he set a new personal record. I'm not exaggerating when I say he may have been the best behaved kid there, regardless of neurodiversity.

2. We had a great ABA experience. My position on ABA is this: society has rules. Autistic people aren't the only ones who like knowing what to expect. Rules make everyone feel safe. As a result, society has minimum standards of conduct so everyone can be comfortable. It doesn't matter if you can't help screaming at top volume in a quiet theater. It's not allowed, period. If you want to go to the movies, you have to be quiet (unless it's special needs night, which I highly recommend).

We used ABA to help define exactly what we believe is unacceptable public behavior (screaming indoors or in someone's face, hurting people, destroying property that isn't yours) and what other people need to accept (stimming, movement when others are still, loud but not disruptive volume, exaggerated but harmless expressions of emotion). Then, once exact, consistent public expectations were set, we worked together to test and implement coping mechanisms like deep breaths or breaks with no consequence, and support systems like AAC. One thing Tosh practiced in ABA that I think has been particularly helpful was delayed gratification. Every kid could benefit from that.

His ABA skills are only required in public places, especially where there are many people. At home and with therapists or caregivers he has much looser rules. Really, he has only two: don't scream in peoples' faces and if you need to smash something, if can't be people or your iPad. He's an easy going and hardworking kid otherwise, so I cut him a lot of slack.

3. No moral consequences from public behavior. Tosh has been known to make a scene when leaving the fun, but most of the time he goes without too much protest because he knows he's not being punished. If he's unable to follow the minimum rules, for whatever reason, he's not judged. Remember, my kid is an extrovert. He's always trying his best to behave in public. Results will vary for introverts. What works for Tosh is the option to take breaks knowing 1) we will return to the fun as soon as he's ready or 2) if we can't return that day, we'll try again soon.

Disney is expensive and it's difficult to leave without being angry over the wasted money and effort. Begin small at the playground or free city celebrations.

4. I've adjusted my behavior. The biggest hurdle to a successful public outing is often the parent's own anxiety. People with nonverbal autism struggle with orientation and often rely on the caregiver's behavior and energy to determine if they are safe. I've done worked on my own behavior quite a bit since Tosh was born, and particularly since COVID. As a result, I'm much better at rolling with the punches without getting as worked up as I used to. And, my DGAF muscles are very strong.

Take, for example, feelings of shame and embarrassment when people stare in public. There's nothing your kid can learn that will help public outings more than you, as a parent, getting over that.

The truth is, when people are crammed together in theme park lines, there's not a lot to look at, they have to look at something, and the human eye is naturally drawn to movement. They're not staring at your kid because he's disabled and they're judging you; they're staring because they're bored and delirious and he's the most interesting person to look at.

5. We can communicate. Most of the time at Disney, I had Tosh's iPad in my backpack. Before we left, we had looked at the park map, watched videos of rides and made a basic plan. We ended up skipping the disability passes because that line was longer than the lines for rides. (We paid for the Lightning Lane.) For most of the day, yes and no questions worked fine. However, mid afternoon Tosh got really grouchy. I assumed it was a sugar crash and sensory overload because everybody at Disney experiences that, so we found a remote bench and sat down for a drink and iPad break. I assumed he would watch YouTube videos, but he went straight to Proloquo2Go.

"Cars not I want drive you car," he said. I knew right away what he meant. We skipped Autotopia earlier that day, which I had described to him as "drive your own car". Everything Disneyland has to offer, and he wanted to drive go carts. (face palm) We made a plan to hit that one right after dinner, and the rest of the day went without incident. Whether it's AAC, handwriting, texting, whatever - if they can't express themselves, a day at a big public event will be difficult.