Autism: Why we homeschool 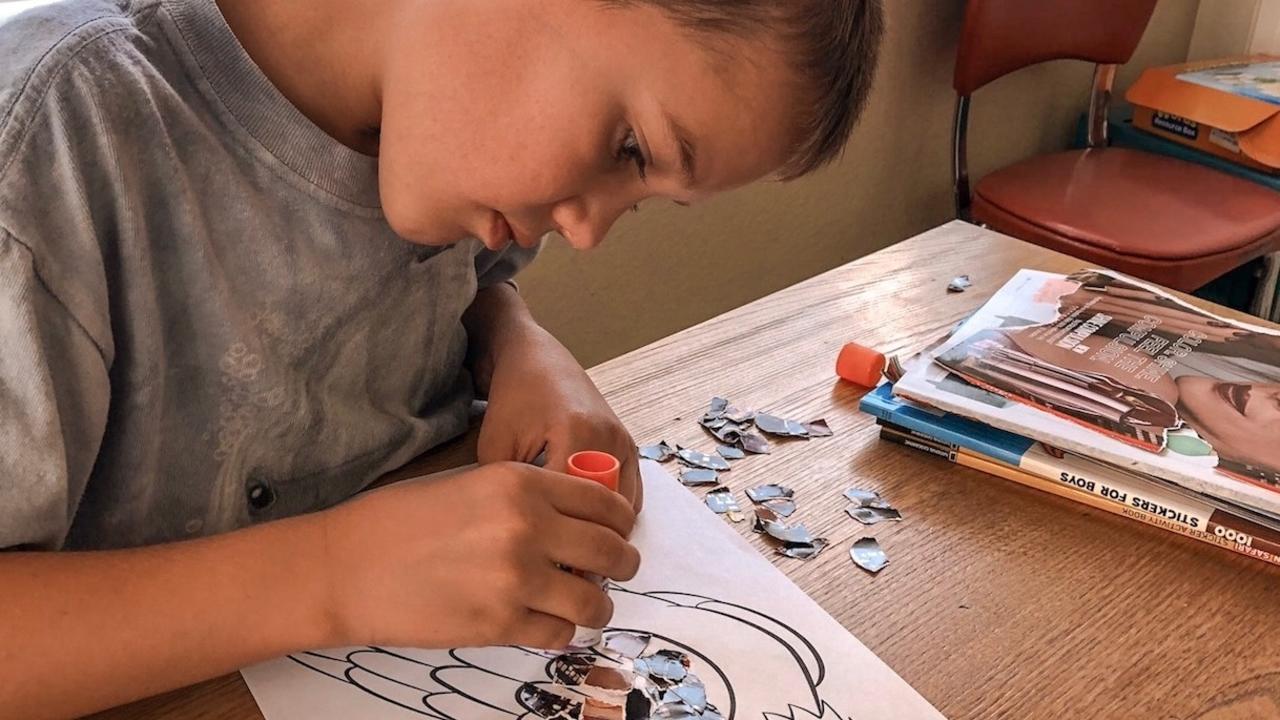 Recently on Instagram, I invited my followers to ask me anything about autism homeschooling. I received a hearty response with many questions from curious parents. One autism mom asked if I could archive the questions and responses for reference. I thought that was an excellent idea, so I'm putting them into my blog.

This first post will be about the whys, and next week I'll start sharing all of the hows.

Some autism parents are satisfied or even pleased with their local school district's special education programs. That's excellent! An appropriate education from your local public school is such a blessing.

But it's more than just a blessing for those lucky enough to get it.

It's a legal requirement.

In 1990, Congress passed The Individuals with Disabilities Education Act, or IDEA. This law mandates that special needs students receive an appropriate free public education in the least restrictive environment necessary to meet their needs.

The law was written to provide students with the extra assistance they need while also allowing them to mainstream whenever possible.

Tosh was not receiving an appropriate education in the least restrictive environment. He's a bright boy but he wasn't making much academic progress and was falling further and further behind his neurotypical peers.

Students who complete high school earn either a diploma or a certificate of completion. The difference greatly impacts a child's future. Certificates aren't accepted to enroll in most colleges and those who do find a college that will accept them aren't eligible for financial aid. Employers may accept certificates, but the positions have few qualifications and aren't the stuff careers are made of.

However, if the student is of normal intelligence, as is the case with the other two-thirds of autistic people, they should be given the opportunity to try to earn a diploma.

We may decide that the certificate track is appropriate for Tosh - he's only in second grade and it's still too early to know how he will perform in school for the next 10 years. But he at least deserves the chance to try the diploma track.

Tosh had already been put on the certificate track instead of working toward a diploma, which isn't supposed to happen until right before the child enters high school. But at the tender age of 7, our school district had already given up on him and refused to provide the accommodations necessary to expose him to grade level academics.

Behavior is the primary reason most severely autistic children are excluded from the diploma track and kept out of the least restrictive classroom environment. And if your child is severely autistic, you can appreciate the reasoning there. Mainstream classrooms require children to sit still, pay attention to the teacher, and communicate verbally. Acting out aggressively or making loud noises like screaming are disruptive to the overall learning environment and affect other students.

However, behavior is not a sound legal argument to keep a child out of mainstreaming, or at least give them the opportunity to learn grade appropriate material.

Part of the reason special education in California is suffering is because we use a straight census model that doesn't take into consideration the severity of each student. As more and more severely autistic children enter school, the system has to carry a heavier load with the same amount of funding based on population.

That makes it pretty darn impossible for school districts to keep up with the need for more aides.

So the answer for districts in our area is to not comply with the law until they are sued into doing so. That sounds terrible and it is, but I can appreciate the financial challenges facing public school districts. Nobody in our district is driving home from a meeting in a Porsche after denying a special needs child the aide that they need. This is a systemic problem that exists across the country.

Some parents have fought their district legally and won. However, it has come at a stiff price, to the tune of tens of thousands of dollars in legal fees and lost wages from the time involved. Other parents have secured aides for their children with the help of an advocate, which is less expensive but still requires a considerable investment of time and money.

If a 1:1 aide had been the only hurdle we were facing, I might have gone that route. However, Tosh's nonverbal status also presented a problem. I observed his school's mild-moderate class last fall, and although I knew could manage the class academically, and his behavior could have been managed by a 1:1 aide, he would have been the only nonverbal student in the class. All of the class interaction between the teacher and the students was verbal. When asked how they would accommodate him and integrate his communication app into his education, the school didn't have an answer.

When I observed him in his severe classroom, his aides were using his communication app, but not in the way taught by his private speech therapist that has been so incredibly effective. The aides were doing their best, but they aren't speech professionals. His teacher was geniunely interested in finding a way to incorporate his communication device, but she was spread beyond thin managing her classroom and inadequate support and just didn't have the time to research and manage it.

The district speech therapists didn't seem to be very knowledgeable on how to use the app beyond basic one-word questions. Tosh was in a class for 2nd to 5th graders and his teacher told me they were breaking new ground because he was the most advanced Proloquo2Go user they had ever had.

And that was six months ago, when he was just communicating simple "I want" and "I feel" sentences. After four months of homeschooling, he's now using Proloquo2GO for spelling, vocabulary tests and verb tenses. Given the limited resources of his public school, he couldn't have achieved that so rapidly.

Another reason we homeschool was a lack of cooperation between our public school and Tosh's private therapy providers. I want everyone to support each other and provide consistency to produce better results. For example, Tosh would get aggressive in private speech therapy when he got frustrated, so I signed all the release forms required to allow his SLP to communicate directly with his ABA provider. They discussed how they could support his SLP and run lessons to alleviate his aggression. In return, she shares his current speech lessons and flashcards with ABA, which they print out and use to reinforce her lessons.

The private providers work together marvelously. His school participated for a couple of weeks by providing homework to ABA so they could run attending to worksheets and handwriting lessons, then it stopped. That wasn't because his teacher didn't care or want to cooperate; she just didn't have the time or resources. He was in a class with 10 severely autistic children, half of whom had very serious behavioral issues, but there were only 5 aides. The odds were stacked against her.

Not only does homeschooling allow me to tailor his academic program to his needs and more easily coordinate all of his service providers, it lets me get better time slots for his private therapies and the school therapies provided by his charter (yes, they follow his IEP and provide speech, OT and special education each week). Without a block of 9 am to 3 pm taken up by school, he has all of his therapy appointments at 11:30 am on weekdays. ABA is about to change to early - mid afternoon, which means he'll home in time for an early dinner, playtime and an early bedtime.

That's a huge improvement from trying to fit private therapies in before school and 20 hours a week of ABA after school. Some days he'd be going 11 hours straight, from early morning speech straight to school then straight to ABA and then a fast food dinner on the way home to bath and bedtime in order to do it all again. That's no way to spend a childhood and its no wonder he was tired and cranky all the time.

Speaking of that drive-thru dinner, homeschooling allows me to provide Tosh with better nutrition which makes a huge difference in his behavior and ability to learn.

He's not a big sack lunch eater. I don't know if he gets distracted or too stimulated to eat in a lunchroom, but he just wasn't eating much of anything healthy. My choices were to let him starve and get aggressive due to low blood sugar, or pack his lunch with crap so he'll eat but have him get aggressive due to a sugar rush and no protein. It was a lose-lose situation.

At home, he eats healthy food and I'm also able to make sure he takes the supplements recommended by his biomed doctor.

Finally, homeschooling allows us to practice public outings like going out to eat in restaurants and going to the supermarket or to the bank when it's not busy. Less stimulation, fewer stares and staff that aren't rushed make a huge difference in Tosh's success.

So taking all of those things into consideration, homeschool is definitely the best choice for us. Sometimes I do regret not fighting the district to put the proper accommodations into place for kids like Tosh so other students might benefit. Maybe I'll fight that battle another day. But since it's a systemic issue, it would require going beyond our district and require lobbying our state's elected officials and maybe even advocating on a federal level.